Linkin Park (リﾝキﾝ・パック "Rinkin Pakku") is the Stand of Fang Shinoda is a later part of Blossom's Bizarre Adventure.

Linkin Park is an ability Stand, thus has no appearence, it also has no personality.

In BBA: Battle Royale, Fang appears as a playable character, Linkin park appears as a swarm of spiders that forms around Fang in a circle, they can then be used to build things with said spiders. 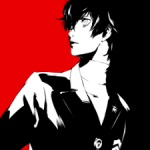