What's on your mind?

I invite you to prove otherwise.

So nice to see you back with us all!

Okay... it's been 33 days since I said that I was going to do this. But it's fine. I'm just fashionably late 💅

@Fernlit thank you for your patience, the day is finally upon us. Eternal Sea review time. Specifically just the first volume. I didn't want to commit to a big thing, especially since I've got a bunch of stuff going on in my life right now.

Okay, so, immediate first impression after reading the first ten chapters: Eternal Sea is really cool. Seriously, it's got some really awesome concepts in it, and does the same sort of thing that Desert Flower does, where it uses pre-established characters, only this time, it isn't a retelling of past events, it's a sequel of sorts, with pre-established characters aged up and with new lives, in conjunction with new characters. For all intents and purposes, it might as well be a Stone Ocean sequel, which, yes, is very cool, but also raises a lot of very interesting questions.

The thing I wanna say first is that the concept of Stands getting re-used is very interesting. I love the concept of Stand energy being a part of a sea of energy that remains constant in volume (an 'eternal sea' if you would). Very cool concept, and a very cool name, I gotta say.

The characters themselves are really cool, especially the main two. Ant and Jolanda have a really great dynamic, and you can really tell that they've been alone and yet together for a really long time. It's kind of amazing to see, really sweet. I absolutely love it, and can't wait to see more.

The first fight against Giorno is a really cool first fight, as well, it's exactly what an introduction to the protagonist's Stand should be. The pacing is good, the mystery is good, Ant's element of strategizing about when to first use the time stop is very cool, and I love the confusion when he first gets hit with the Life Shot, confusing it with the use of his own ability. Very cool stuff.

The introduction of Josuke, Enmei, and their relationship, is really cool, and I like the way that they both parallel relatives of theirs, father and older brother respectively. It kind of raises the question of whether the transfer of Stand also somehow transfers the fate of the original user. That would be very cool.

Furthermore, it's really cool how all the characters play off of each other, especially Ant and Jo's relationship with the rest of the cast. It's quite the duality, with Ant being clearly willing and eager to trust people and better get to know them, while Jo is the exact opposite. It's interesting to see how despite being twins, they're so different, like exact opposite.

On the topic of the characters, it's really cool to see how Jolanda doesn't have a Stand. That's a very interesting writing choice... even though I'm sure that she's going to get one eventually. For now, though, it puts a limit on a character that otherwise would be a very powerful fighter. On that note, though, I'm sure that she's going to be helping in her own way, she seems like she's determined enough to be able to take on Stand users even without one. Then again, she might end up becoming a Hamon user instead, which would be very cool to see as well.

On that note, Josuke's implication that Joseph is still alive is not only very cool but also kinda hilarious. He really will never die, huh?

And then finally, the introduction to the idea that the main antagonist is gonna be Kars is pretty cool. Maybe Kars will even get a Stand, which would both fit with the newly-established concept of Eternal Sea and Kars' pre-established abilities, since Stands are the next step in human evolution, and Kars is said to be able to evolve any way he likes at a rapid pace.

It also leaves me to wonder how the events of Stone Ocean ended... since I had originally assumed that it took place in the universe that was created by Emporio at the end of SO, but if Jotaro's dead, then something else must have happened. Can't wait to figure out what happened.

As for negatives, there isn't a lot to say. The characters seem rather one-dimensional, and at times it seems like everyone is willing to just go along with whatever's happening, especially evident with Ant's reaction to Giorno revealing that he's actually a good guy. He's just like, "okay, sure, friend!" and that's that. He's barely even hesitant, even if he does recognize his birthmark. It just doesn't seem right.

Also this is a small detail but, Fernlit, don't use the word "females" like you did in the first chapter. Just say women. Or girls. The way you phrased it was immensely creepy, I don't like it one bit.

There are also certain phrases that come across as really awkward to read at times, like describing Josuke and Enmei's "father-son like relationship". It's not a big deal, but it might be a good idea to revise some of those phrases, replacing them with things like "relationship like that of father and son".

Also, there's the matter of grammar. Eternal Sea is pretty good on the front of spelling and grammar. But that doesn't mean that there aren't rather irritating mistakes. Like, for example, in the chapter describing Enmei's backstory, there are numerous mentions of "the Kakyoin's". Who's the Kakyoin? And what do they own? Seriously, get someone to proofread these chapters, because there is nothing that fills me with violent, burning, completely irrational rage like the misuse of something as basic as an apostrophe. Here's a nice little guide.

Apostrophes indicate one of two things:

Apostrophes do NOT indicate the pluralized version of a word. Do not. Do not. Do not use a comma to indicate plural. Saying "Kakyoin's Stand, Hierophant Green" is correct. Saying "Kakyoin's happy when he sees Josuke" is correct. Saying "the Kakyoin's are worried about their son is not. Just please keep that in mind going forward. Sorry this got so out of hand and rant-y, and sorry if it seemed a little patronizing. I'm a little stressed out by personal matters rn.

Anyway, Eternal Sea is really good, and I definitely intend to keep reading it, and I absolutely recommend it as a read. And Fernlit, sorry again for how long this took. I hope you enjoyed the read.

Yes
No
Kinda?
I like Leah, but not Legs
Legs is cool, but I don't like Leah

Wendell Linsfield (lazy fuck hasn't made the page yet)

Like the title says, I just released chapter 26 of STU. Lake of Infinity chapter 2 will also release later today. Have a good day everyone! 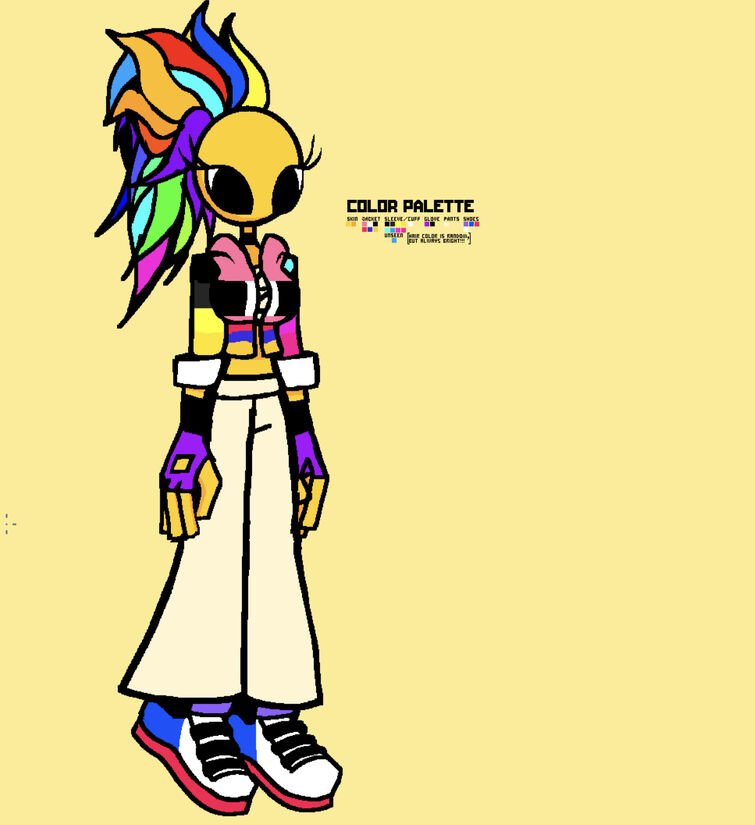 Its ability is charged by kenetic energy from the user, when it has enough kinetic energy it allows the user to dash forward with their current speed.

Name's DarkSideOfTheMoon22, but just call me moon. I am writing a version of Jojo part 9 as my very first project! Ask me anything if you're curious.

Manic Daydream
Take It Off

I wanna do some stuff, either remaking stands, fusing stands or just making up random stands and fighting styles, but im not gonna work on ZZE anymore. So uh yeah

I did two things, today.

So, yeah. I just put out chapter 2 of Frozen In Time.

I'm currently experiencing what I like to call "reverse writer's block" for Unlucky Stars, where I have too many things I want to write all at once and am trying to organize the ideas into coherent, chapter-sized bites. So to take a break and clear my head, I've decided to release the next chapter of a different story.

Don't expect this for my other ones too, I only did this because I realized that the one chapter I put out all that time ago wasn't really enough of a taste to get a real feel of what the story's about like with the other ones.

Actually I might put out chapter 2 of Life After Dark at some point, that one was a little weak too...

Anyway, if you're interested in Frozen In Time, go ahead and give that a read :)